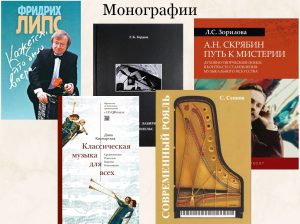 Students’ research work, being an important factor of their professional training, is closely monitored. Research work is an indispensable part of the learning process as a whole. It is implemented in a number of disciplines within curricula of particular educational programs, and is carried out by students under the guidance of teachers. During this work students master methods and techniques of research work, conduct bibliographic searches and analysis of experimental data, prepare scientific abstracts, papers and presentations at scientific conferences. The themes of students’ course works and diplomas correlate with the general direction of scientific research at departments where they study. 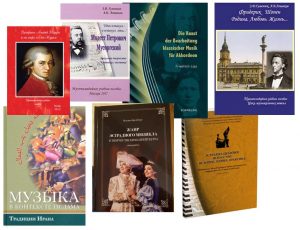 Students are involved in research work carried out in the following forms: preparation of papers for scientific conferences held by universities in Moscow, preparation of articles for publication in collections of student scientific works, writing journalistic and critical articles for periodicals, leaflets and journals; participation both in scientific and creative competitions, festivals, summer schools. Musicology students also take part in round tables and discussions, which contributes to their integration into the national and world music science and stimulates further educational activities. Students taking Sound Engineering and Production educational programs regularly attend professional conventions and conferences held by AEC (Budapest 2013, Rome 2014, London 2015, Paris 2016, Berlin 2017, Milan 2018, New York 2018) as well as European and American educational institutions.

Scientific journals and periodicals published by the Academy:

Regular scientific events of the Academy:

The Faculty of History, Theory and Composition has an active Students’ Scientific and Creative Society (SSCS). On the basis of the Academy and in cooperation with other educational institutions in the field of culture and art (for example, with the Moscow state Conservatory), SSCS implements large-scale scientific and creative projects, also on a regular basis. Among them: creative Laboratory “Gnesinslab” for musicologists and music journalists; youth forum “Dialogues in the space of music and theater”; intellectual project “The Glass Bead Game”; “Contemporary music”; “Opera.Play”; round table: “What is happening with the Opera?” with various participants. 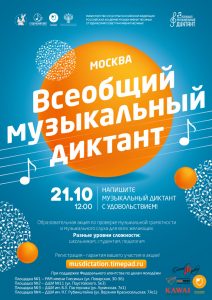 In addition to SSCS and Student Council activities, some students advance their own initiatives. For example, in May 2018, an initiative group proposed by the student A.Aleynikov (programme 53.05.06 Composition) was formed (it also included musicology students). In May 2017 this group held Russian educational campaign for musical literacy “Universal musical dictation”. The action received large-scale support of the professional community, and on October 21, 2018 it was repeated in 32 sites in Moscow and Moscow region, Ivanovo, St.Petersburg, Rostov-on-don and Bataysk, Voronezh, Nizhny Novgorod, Kaluga, Kemerovo, Arkhangelsk, Krasnoyarsk, Cherepovets, Belgorod, Vladikavkaz, Orsk and other cities of Russia.

Ranked among Top 100 best Russian universities according to Forbes

The only university in Russia with the UNESCO department – the Department of Musical Art and Contemporary Performance.