CREATIVE ACHIEVEMENTS IN FIGURES: Number of winners of prestigious International and All-Russian competitions and festivals among students

*The dramatic decline can be observed due to numerous postponed and cancelled events because of the pandemic. 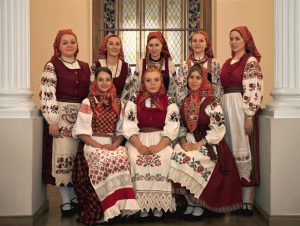 Due to the creative character of the academic process, informal and unformal education are integral components of studies, the main motivation being the participation in prestigious competitions, festivals, scientific conferences and other projects that contribute to students’ further recognition, as well as participation in international mobility programmes.

All academic and extracurricular achievements of students are reflected in their electronic portfolio, available for review through the Academy’s electronic informational and educational environment (EIEE) (subject to written consent of the student to make the data on his achievements available publicly). 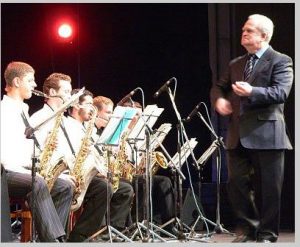 The Academy has procedures and means to collect and monitor academic achievements of students, based on their portfolios and the general analysis of academic performance. Appropriate measures are then taken based on this information.

According to the local normative act “Rules of changing fee-based study for fees-free study”, special achievements in academic, research, social, cultural, creative and sports activities can be eligible for a motivated transition of a student to a vacant budget place within the relevant educational programme. 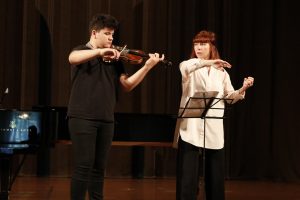 Master-classes of Gnesins’ professors in Serbia, 2021

Students who not only show good academic performance but also take active part in competitions, festivals, conferences, can also receive an increased scholarship as an incentive measure. Copies of diplomas, certificates, letters of gratitude etc. are stored in personal files of students. A number of students have also been awarded with the rector’s Acknowledgement for participation in major creative projects of the Academy.

Ranked among Top 100 best Russian HEIs according to Forbes

The only Russian HIE in the sphere of culture and art to participate in the EU program for education, training, youth and sport - Erasmus+

The only higher music education institution in Russia with the UNESCO department – the Department of Musical Art and Contemporary Performance.